Recently On My Personal Blog: Thoughts from the Front

As they walked the long line of grapes, his father told him he would one day run the whole business. Antonio smiled outwardly, but inwardly, he cried out. He didn’t want to be a business man. He wanted to use his camera and capture the world. But years ago, his father called his dreams “an aloof dream of a teenage boy”, and so, he hid his dreams. After all, he could be the dutiful son, keeping up appearances.

“It would all be temporary anyway,” he convinced himself, “After all, the old man can’t live forever.” Thoughts he kept to himself as he forced another smile toward his father. 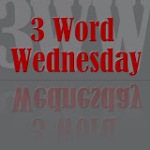 I'm older than I think I am and younger than I feel. I'm stuck in the 80's but relevant to today (oh I hope that last part is true). I think I am more of an enigma than I really am, but somehow still confound those who try to figure me out (or they just look at me weird, so I infer that). And I really hate my first name. Husband, father, Navy Vet, UCF graduate, cat owner (translate.. slave), wannabe writer, and all-around big kid who is stuck in an adult world. Oh, and I'm currently working toward my MFA at Queens University of Charlotte. But, overall, I just... um.. something to something, blah blah blah. And that's all I got to say about that. View all posts by R. Todd